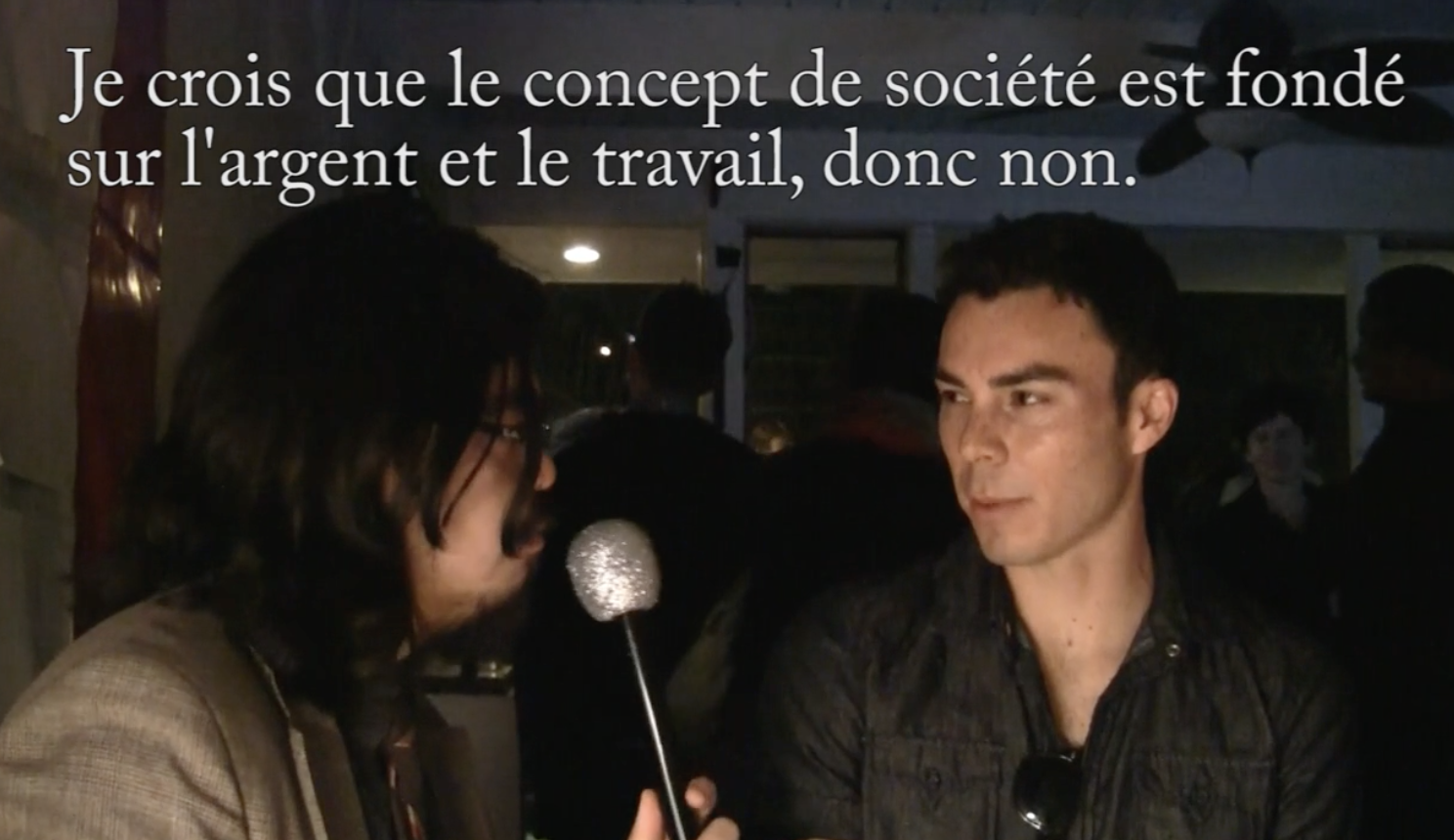 A video document of conversations hosted by Niki Korth at the Phoenix Hotel in San Francisco, May 2012. Korth asked visitors questions about art, politics, philosophy, everyday life, fantasies, and various other topics and recorded their replies and ensuing conversation. Questions were written down on cards that then formed the base for The Big Conversation Game which, unbeknownst at the time, TBCS would develop the following summer.

This video-documentation was edited and sub-titled in French by Clémence de Montgolfier mere days after it was recorded and files were sent to her in France. The video has similarly been exhibited in France, but not yet in California where it was recorded. It was projected in Mulhouse, France, as parts of the Mulhouse 012 Biennale in 2012, and was shown in Paris during the Jeune Creation exhibition at Cent Quatre in 2014, in a video screening curated by Kevin Senant.